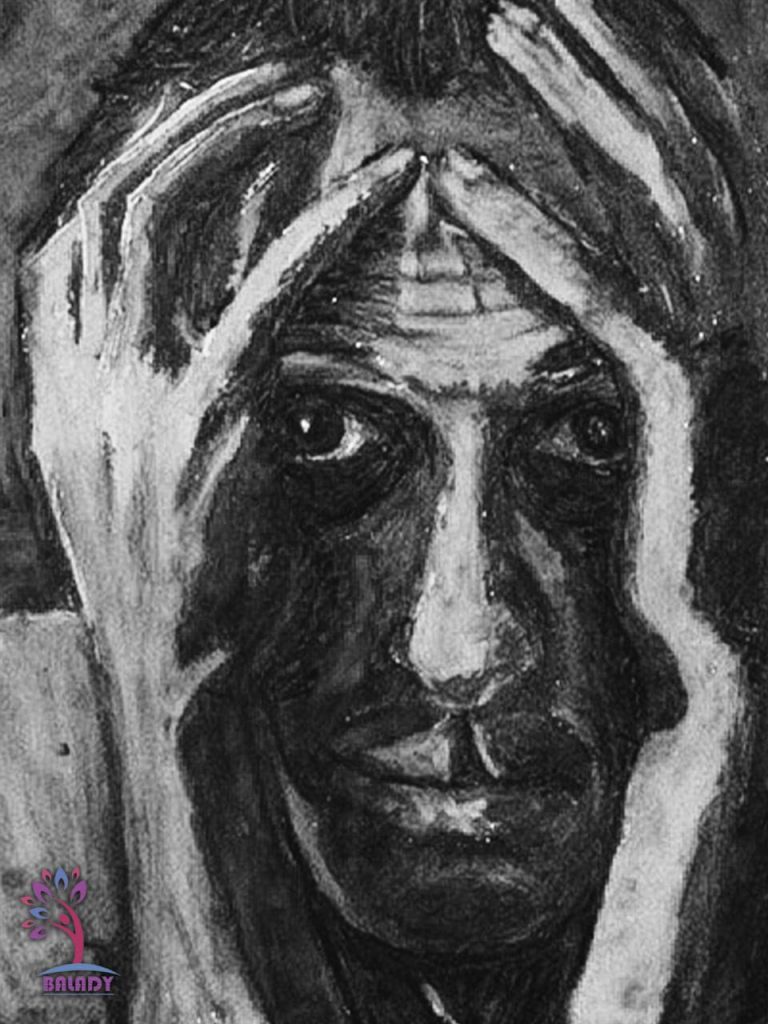 This year’s bitter winter has eaten everything that is burning, liquid or dry, and the blizzard has been embargoing for three days, wiping out the remaining ammunition and supplies! Except for a few potatoes and onions and some loaves of dry bread!.

In front of the window, just before getting dark, Abu Alaa stood moving his sights between his children dovetailing side by side, covered by thin blankets, and into the dark sky which have been throwing heavy snowflakes unstoppably, as if they were unloading their anger on the place or its people, and perhaps both together! The white ghoul is stretched and weighing more heavily on the town’s chest, holding its breath, interrupting all its roads, and giving up hope from an Imminent breakthrough!

From time to time, the poor man gave her heartfelt glances. He loved her, raised her, day after day and nurtured her as he cared for his children, they were growing up and she were growing up with them! A valuable library, varied, in which books of history, politics and economics, books of jurisprudence, religion and heritage, books of literature, translations and criticism, books of poetry, story and novel, books of nationalism, socialism, science and others. When he looked at his little pampered girl’s face, bluish from the cold and saw her shaking hands, he decided with his unequivocal and sharp decision, he put several newspapers and magazines in the brick stove, wich sits in the corner of the room with its wide big mouth, Then he lit a match and threw it at her, and when she was forced to fire he burned the books one by one, He did not listen to the objection of Om Alaa, and he may not have heard it, he listened to the horrible rainy howl, through the cracks of the door, foreshadowing the invasion of the room! So he close the door well.

At first, he chose the book meal that he would read to the stove, and then throw it into his mouth with indifference. Then he pondered some books, turned them in his hands, browsed some, He shakes his head, smiles with a sad trait, with different expressions on his face. But he soon refrained, and he fed fire whatever his hands fell on, without looking at the book, for fear of seeing the signs of terror on his face, hearing his pleas or appealing to him and pity him, “No eye sees, no heart hurts,” he felt as if he was feeding the stove from his flesh. That’s all right.. And was he skimming his flesh for his children!?

The fire burned in the stove, and the books burned individually and collectively. This is a book that burns, blush, sounds like embers, and lasts a little while, warming in the corners of the room, In small, withering rigid bodies, in which life and movement bear again. This is a book that burns, pops, smokes, scatters sparks that sting hands and faces, quickly extinguishes and then wears out of warmth, flame or light!. And that book burns, raging, sends sunny flames, dancing, bobbing, shining and lightening in beautiful, beautiful colors, yellow, red, green and blue, and it creates pleasure and joy in hearts and draws joy on the little ones’ faces, and they giggle and make exclamations and shouts of excitement as they play fire and share it in drawing charming moving shadows on the walls.

A wonderful and memorable evening, dug into the children’s memory, during which everyone ate potatoes, roast onions, toast and drank the world’s most precious and delicious tea! Prepare on the fire of pioneering thought, and brew on the heat of holy knowledge!

The last book was large, heavy, and thick-skinned, and when it was thrown into the midst of the stove, the fire slowly took hold of it, then a thick smoke was emitted from it, the smell of which made the noses thicker, and filled the room and the chests, and the fire subsided and subsided until it was extinguished! No one sees anyone, and only the alternating waves of intense coughing, and the howling of the wind stretched through the cracks of the door, are heard!