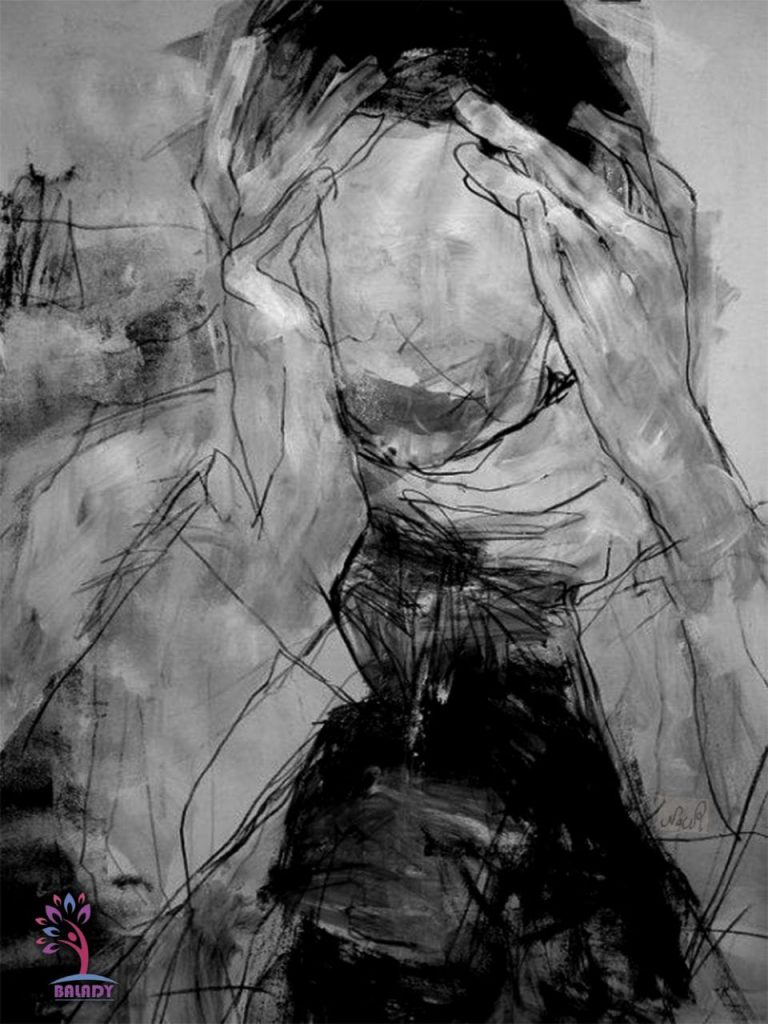 She could have exempt punishment that night, and in his own decision he would have been aware of it, thinking: If she were to pay attention to his feet on the narrow Pitonian steps that lead to the entrance to her house on the roof!

If she hears his raging breath crowding into his nose, angry and snarled at the trouble in which he found himself, he must in these moments turn into a murderer!!

But she was busy smelling her light gasp fog, where Salim the scavenger pressed her into his arms and kissed her with intense ferocity, she was withering from lightness, heat and numbness, as if time were going slowly drunk, she felt deeply, thinking long and crying and laughing at one moment.

As he slowly climbed up the stairs, as if climbing a mountain, he thought about the difference that the method of killing her could make. As if he had acknowledged deep down that the question of her death was definitively resolved within him and in the sky there where angels wait for her soul to be free for a long and painstaking trial, especially for years, he was eager to meditate and address the upper beings and complain to them and he always imagines, a good angel who looks like a court clerk, recording his pain in detail and also records its scandals and betrayals, he remembers once, that in the midst of these reflections, In a long hearing with the angel, the court clerk, he paid attention to the glamour of his sleepy eyes, He would passionately receive the words that came out of his mouth, especially when he described her body, Or her raging breath when her lovers shuddered at the first moments of the meeting and he had to get sick of what he tried to change the image of the angel, the court clerk in his imagination, Whenever he invokes some of his most distant memories, he discovers that the contours of the face change completely to those of his new angel. Where the very features of passion, and that glance at him continuing to tell the events about it, what a catastrophe..!! He’s in front of a new lover from the other world this time. !?

Stop at the fifth degree, It was terrible what he imagined, if he were to kill her now, the judge would pardon him six months later, but the issue is, imagine how he would live the rest of his days? How will he sleep, occupy his nights with her bloody face, and he will be unable to sleep, eat and maybe… !

If, say, she dies suddenly in a car accident, she usually goes fast, and when you’re going to a date with a new guy, you often rush across the streets, It would be nice if a drunk guy got in his car from in front of the bar and he had a state of despair and curse on the world, he drank alone until the drunk. After losing everything, his wife who abandoned him and his three children, and his friend who stole his money, he’s a fifties man who knows life, and tasted it wonderfully but experience often deceives one, because self-confidence is the greatest illusion that leads man to believe the myth that love needs strength.

What matters is, if this fifties man hits her with his car and crushes her under the wheels, she leaves life irreversibly. Then he’ll say to himself first, and then to people, that he’s sorry for her death, and maybe he’s honest and comfortable with conscience, and he’ll be able to sleep and eat and even date girls.

Now, at this moment, the drunk man sighed as he drove along with his imaginations of that man imagined by her husband, who was climbing up the stairs to kill her as he listened to her explosive gasp under the body of a cloudy scavenger.

He will watch out on both sides of the sidewalk for fear of her sudden appearance crossing the street in front of him suddenly. He stopped the car beside the sidewalk, and tried to squeeze his imagination, which was teeming with murdered lovers, so that its features could be found, he didn’t, he doesn’t know her yet. He dreams of her and her lovers, enables knives to slaughter them, his old heart dances sure she’s coming.. She must be coming.

The man standing on the fifth step was sharpening the knives waiting.

He also silently loves her.