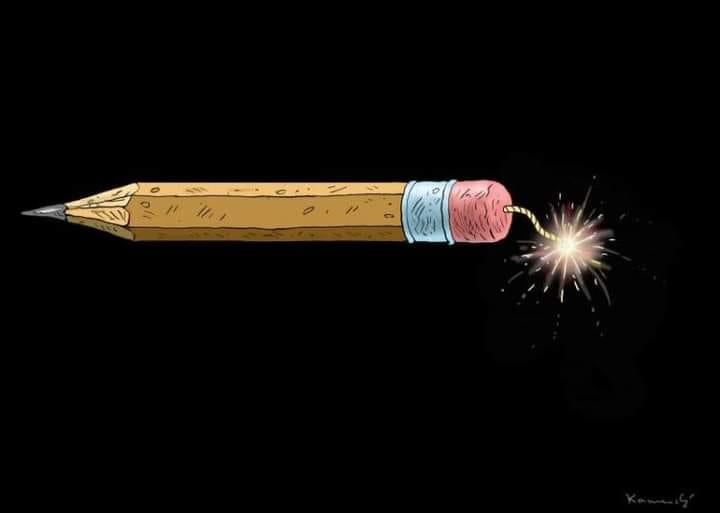 Reference must be made to the efforts of some local, Arab and international organizations in combating hate speech:

1- Syrian Center for Information and Freedom of Expression, the Palestinian Center for Development and Media Freedoms (Mada ‘a), the Gulf Center for Human Rights (GCHR) and the Skills Foundation announced a founding statement for the establishment of a network to combat hate speech in cooperation with all relevant institutions in the region and the world, under the title: “Network against Hate Speech in the Middle East and North Africa”. The network’s announcement came during a side event held on September 23 on the sidelines of the forty-second session of the United Nations Human Rights Council in Geneva. subject to the inviolability of public and personal freedoms of expression, which is not inconsistent with the dignity of the other different opinion, nationality, ideology, religion or sex. Among the Centre’s various activities, it issued a report in 2019 in cooperation with UNESCO, in which it monitored 134 expressions and terms circulated in the Syrian media (loyal, opposition) that could be classified as hate speech. The report covers 24 media platforms in different regions of Syria, including eight in the areas of the Syrian Kurd.

2- Camden Principles:
The United Nations Educational, Scientific and Cultural Organization (UNESCO) defends the position that the free flow of information must always be the norm rather than the exception. The potential conflict between freedom of expression and incitement to violence or hatred remained a matter of concern for the international legislator until article 19 on the promotion of freedom of expression presented the “Camden Principles” in 2009 as an advanced interpretation that avoids possible conflicts between freedom of expression, hate speech and incitement to violence. It has defined the exceptional forms of expression that States must prohibit under international law:
A- Child pornography.
B- Direct and public incitement to commit genocide.
C- Advocacy of national, racial or religious hatred that constitutes incitement to discrimination, hostility or violence.
D- Incitement to terrorism.
Article 19 of the Universal Declaration of Human Rights document is:
“Everyone has the right to all the rights and freedoms set forth in this Declaration, without discrimination of any kind, in particular race, colour, sex, language, religion, political and other opinion, national or social origin, property, birth or other status. Furthermore, discrimination may not be made on the basis of the political, legal or international status of the country or territory to which the person belongs, whether independent, trusteeship, non-self-governing or subject to any other restriction on the person’s sovereignty”.

3- Rabat Plan of Action:
It began with workshops for experts organized by OHCHR in 2011 to prohibit incitement to national, racial or religious hatred, combat racial discrimination, xenophobia and related intolerance, work to prevent mass exterminations, and safeguard freedoms of expression, opinion, belief and religion. The plan was adopted at a meeting of the United Nations Office in Rabat, Morocco, in November 2012. The plan contains six criteria for determining the forms of expression prohibited under international criminal law, they are:
1. The context of incitement and how to express it and its compatibility with the circumstances of the prevailing political and social situation when it is issued.
2. The location of the speaker and his position in his community and the importance of taking his speech into account by the audience who receives his speech.
3. The availability of intent and inflammatory tacit content in the speech.
4. The potential to cause harm.
5. The strength of the speech and its factual impact.
6. It’s ability to spread.

4- Fez Declaration:
A meeting held on 24 April 2015 in the Moroccan city of Fez within the Forum of Religious Leaders to prevent incitement to violence, which would lead to the destruction of societies and civil peace and brutal crimes. The parties agreed on a set of principles to combat hate speech, including:
“Monitor and track hate speech in the media and confront it, disseminate messages of mutual respect in houses of worship and educational institutions, and involve civil society and political leaders in these actions”.

5- On November 28, 1978, UNESCO issued a declaration on the basic principles of the media’s contribution to the promotion of international peace and understanding, the promotion of human rights, the fight against racism and incitement to war, which requires the free circulation of information and its wider and more balanced dissemination.

6- Article 20 of the International Covenant on Civil and Political Rights, adopted by the United Nations General Assembly in December 1966, affirms the legal prohibition of any advocacy of national, racial or religious hatred that constitutes incitement to discrimination, hostility or violence.
In conclusion, a global awakening led by cadres of culture, thought and creativity is essential to stand up to global policies that pursue their own interests in isolation from deep human values, ignoring the unity of destiny and the human presence on this planet, which has no more than 42,000 kilometres of surroundings, to reprioritize human beings.