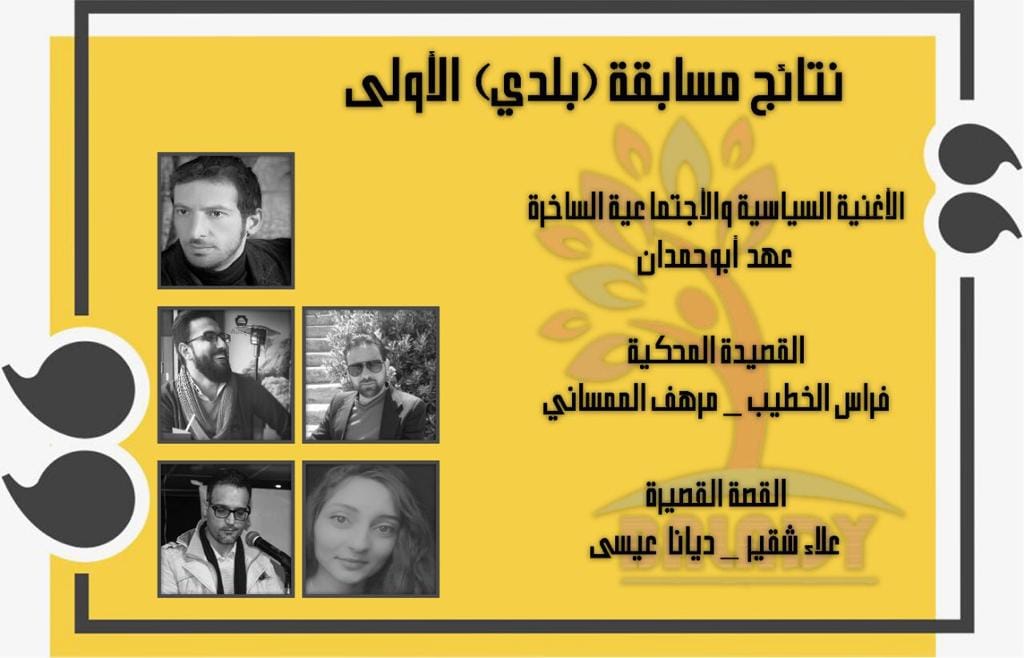 Announcing the results of the first round of the “Abjad” competition

The committee responsible for following up the literary competition received the results of the arbitration and evaluation of the professors specializing in the texts participating in the competition. After consulting the technical opinions and proposals of the members of the jury, the professors:

A: In the field of short story ((worth 200 thousand Syrian pounds per winner))

“The Door” by Alaa Choucair

“On the edge of insanity” by Diana Issa

The Committee notes the following stories:

(For each story with a prize of 50 thousand Syrian pounds)

B: In the field of poetry in spoken dialect ((worth 200 thousand Syrian pounds per winner/s): Two poems won

“It was a rain poem” by the writer Firas al-Khatib

The Committee notes the following poems…

I miss so much, my son/Ola Salah.

(For each poem with a prize of 50 thousand Syrian pounds)

In the artistic field, based on the decision of the Technical Committee, the result of the satirical political and social song contest (worth 500 thousand Syrian pounds)

Winning the song “Don’t Ask About Me” by the singer Ahd Abu Hamdan..

Balady organization thanks all participants and cherishes their participation, wishing them success.