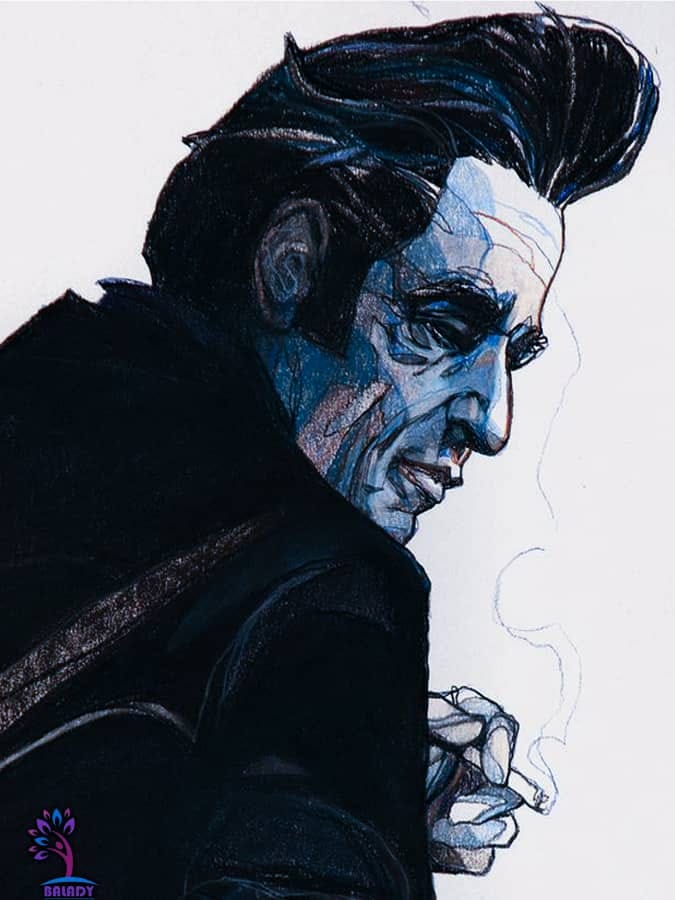 Today I will write an intense letter and read it to those around me, before I send it to a newspaper, but there is a diesel engine under my window that is relentlessly desperate. It’s a big transport truck, although the fuel isn’t cheap, the engine rotates and rotates, while the truck is parked, maybe accompanied by an employee of the state, and warms up the engine, while I sit behind my table trying to write tales for the characters I imagine, the many dead people who have been on this land for thousands of years, borrowing pictures. Memories… The smell of breath sniffles and wants to reveal the secret. Sounds I’ve never heard in my life, have precious individuality and ringing different waves… So… words catch tales from the void. The same void where the sound of this fierce, stubborn, continuous engine can destroy the pillars of imagination and return me to the justification of its rotation under my window.

Maybe because his owner is a state employee with his truck. And  the state fuel is free..!

Behind all those words flows the tales, as water lies in the Earth’s deep layers.

Points. Pathways. Streams, rivers, crashing lakes, waterfalls. And that tales away from the surface where the words on top of its volatile spray look like a game of light.

I walk through its darkness and see a man who lived here between the  mountains and the blocks of deaf rocks hundreds of years ago, and one day he wrote a letter on the skin of a mountain goat to read to those around him, and after he had emptied it, he didn’t find anyone to give it attention, and he read it to himself and then died!

The news was conveyed orally of what he wrote, because the written history was the preserve of licensed writers, and they were irrelevant to the chatter of damned poets in the earth and in the sky, that man was probably a singer, but he wrote in that letter as it is orally quoted:

We always forget what we went through. We are forgetted people, because our memory is stuffed to the core with dead doctrines, so it doesn’t fit in time, because we just love life without having it, we always think that we catch the secret of its passage, and because we forget, here I forcibly remember about two parallel times, one in the past, the other in the future and I say: They will enter the city from the east, and then from its four sides, carrying the void of their souls and desert, to contaminate its orchards with sand, planting in the hearts of its inhabitants the fear of revenge, to worship a murderer and then throw him into the bottom of their souls, and try to return to oblivion, touching the dark outlets as bats exhausted by light/

I got this message this autumn afternoon. And here I think of that letter writer, that deep man, the man who actually doesn’t exist, that I just imagine, but I heard his weird voice ringing in my imagination as I read what he wrote, and I have to be sure again that my imagination is not sick, and that what I get from the letters is purely an illusion!

But I see them again from the crossings from which they entered the dark, from there.. Or from here, where the engine is on this afternoon, because the fuel in the State is available, because children will moan about hunger and cold as the evening approaches and others in the opposite construction will be killed by a stray shell soon.