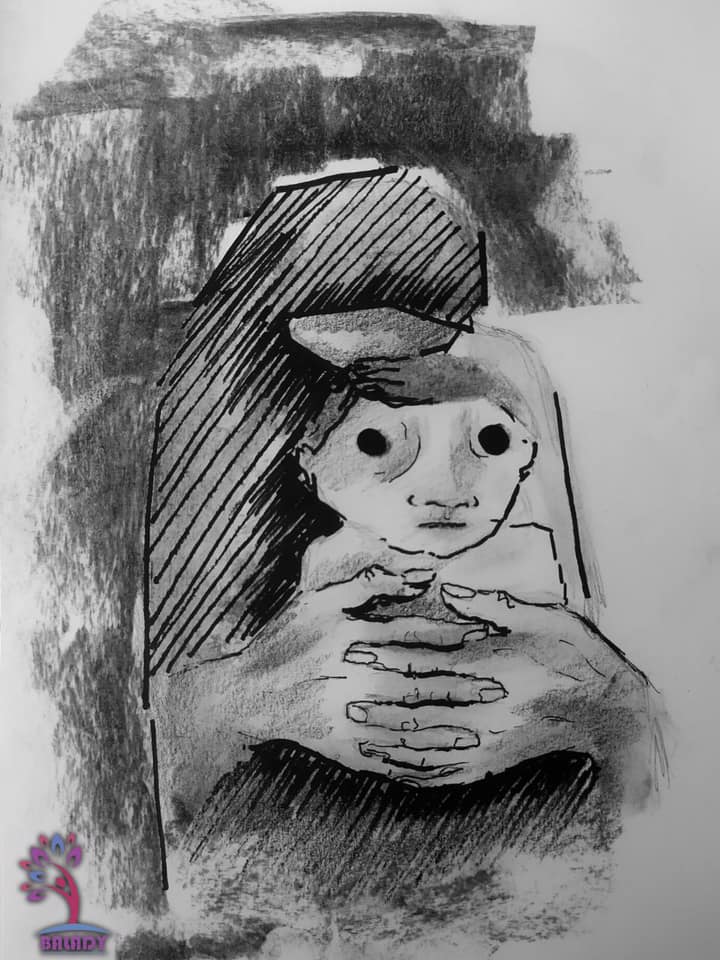 Ahmed’s pupils widened into the darkness of the wet room, staring towards the death in front of him as an old captain with a black smock.

The words hung in the throat, making room for air that entered cold into its small lungs and came out incendiary.

The captain smiled and the words crushed his mouth like a broken ice chops: Let’s go. It’s gonna be a fun trip to assure you.

Ahmed take a peek at his mother and four brothers crammed next to him and then fled some confined words in the little throat escaping between intermittent breaths:

_ Are there any gardens, playgrounds and ice cream?

The captain was lying, but he didn’t want to be late for his next task of snatching thirty additional souls before sunrise, and the damning coincidence made this boy wake up and see him. Confused: Sure there’s a school. You’ll understand all the languages and… You’ll read for seconds all the science, there you won’t be hungry or sick, your gut won’t be starved of war, you won’t get shot, you’ll be safe, happy, you won’t be sleepy and you’ll never sleep.

– What more do you want?

The captain was shaken with impatience:

– Because I want to dream.

The captain wrapped his black smock around his body with a muffled anger before leaving Bitterly disappointed:

– Damn it. This boy also wants to dream.

And leave with the cold air out of the cracked door, while dreams crowded the fever. It reaches its pupils as burned-winged birds. Breathless and happy.